What should you be prepared for if you plan a trip to the US on your own and not with a travel agency? Find out what it costs – and how you can save.

When the consul decides to grant a tourist visa, one factor he takes into account is whether the applicant can afford to travel to and from the US. If there is a risk that due to lack of funds, the visa applicant will find undeclared employment in the United States or become a burden on the US social security system – the document will not be issued. So how much money do you need to have when planning a trip overseas?

In this article you will find among others:

There is of course no upper limit to the amount that can be spent traveling to the US. But we assume that if you have enough money to go to the US in business class and sleep in luxury hotels there, you are not necessarily asking yourself the question that is the title of this text. We will present in it rather mid-priced options – along with hints on what and how to save. 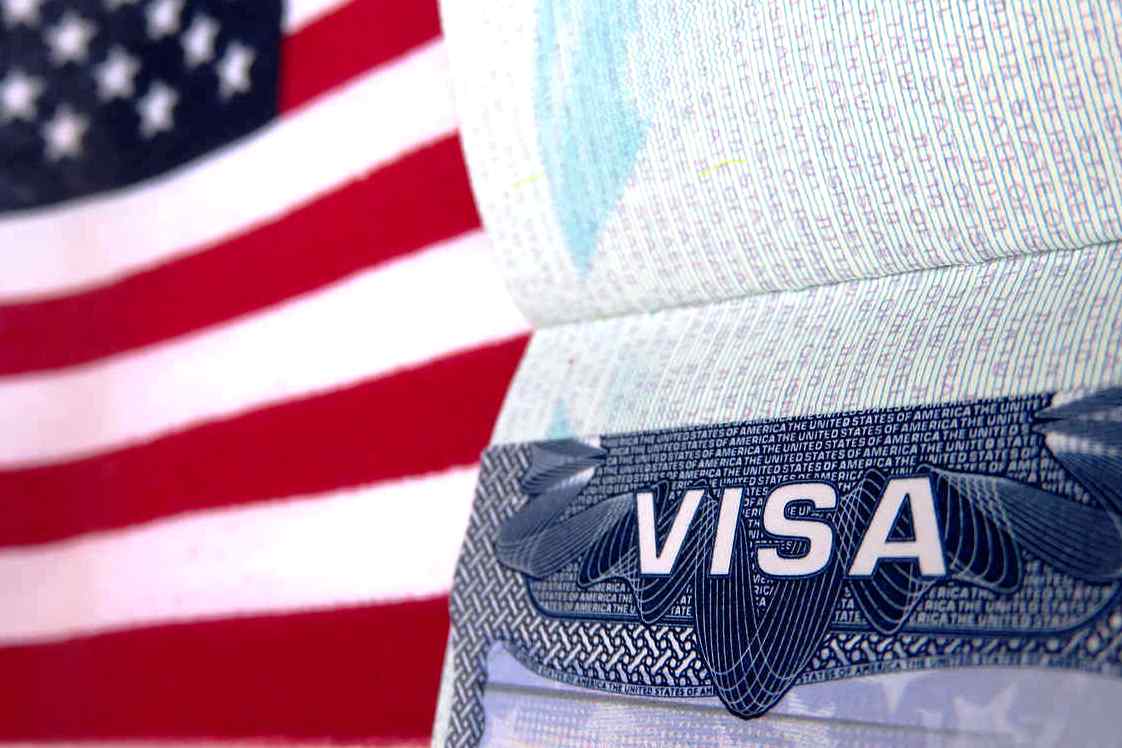 Here, the fees are the same for everyone, regardless of your wallet. For examining the visa application, the consulate or embassy charges $160, i.e., approximately PLN 640 (according to the consular rate of November 21, 2019). Also, you need to add the cost of taking a photo for a visa or courier service, if you do not want to pick up a passport with a pasted visa in person. You can read more about it in the text “How much does a US visa cost”.

Recently, Poles can travel to the United States without a visa, but then they require authorization in the ESTA system, for which you have to pay $14 (about PLN 56). This is clearly a cheaper solution – but not available to everyone. We wrote about the conditions to enter the US under the visa-free travel program, as well as about the advantages of applying for a visa despite higher costs, among others in the article “No visa to the US – on what terms.”

After obtaining a visa or authorization in ESTA, you can start buying air tickets. This is one of the biggest expenses that you have to incur when traveling to the USA, especially since you cannot avoid this point. Well, unless you earn Miles & More points (or similar) and fly frequently enough for a ticket to the US.

Its price depends a lot on whether you are flying east or west of this country. You need to spend about PLN 2,500 for a flight to New York (and back). When flying to the other end of the USA – an average of PLN 1,000 more, because the distance to be covered is longer and the flight time is longer. However, if you think that you will be able to save by choosing the East Coast of the USA, then know that accommodation in New York or Washington is usually more expensive than in Los Angeles or San Francisco, which compensates for any differences in travel costs. So when planning the latter, just follow what you want to see.

There are at least a few ways to spend less money on airline tickets:

By using a combination of all these methods, you can find opportunities such as a flight from Warsaw to Chicago for PLN 1700, from London to New York for PLN 1300, or even from Vilnius to San Francisco for PLN 1149. 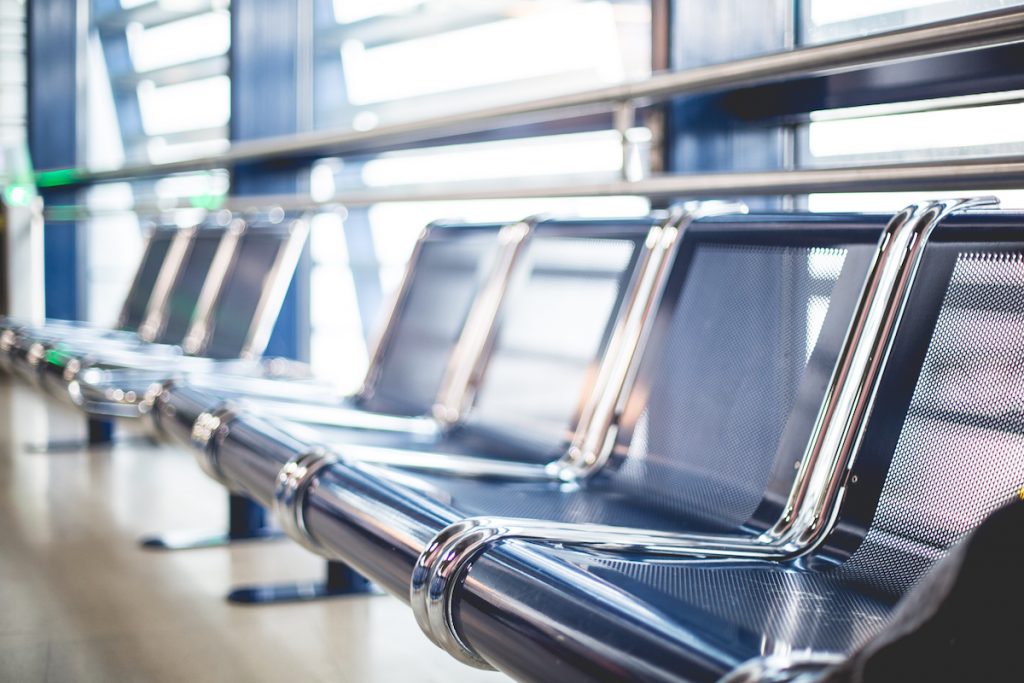 Unlike a visa or plane tickets, it is not a mandatory item. However, it is worth knowing that treatment in the US is one of the most expensive in the world and a regular visit to a doctor can cost you up to several hundred dollars (and a hospital stay – at least several thousand). So there is nothing to save on insurance. Especially that the prices of the policies are not particularly prohibitive: you can count on reimbursement of medical expenses, assistance, civil liability, and luggage insurance for less than PLN 100 for each week of stay in the US.

The United States is a country of great distances and walking is absolutely not an option. If you plan on visiting mainly East Coast cities such as New York, Washington, and Chicago, you can consider the use of collective transport, and in metropolises also taxis.

Buses from companies such as Megabus or Greyhound, as well as local airlines run on the routes between individual towns. Example connection prices in the latter option are:

Bus travel is of course much cheaper:

Buses can also travel between Las Vegas, San Diego, Los Angeles, and San Francisco, but if you are going to the West Coast, you also plan to visit national parks, a much more sensible option is rent a car. Tourists in the USA most often choose them. The cost of such a service can vary greatly, from $ 30 to even $ 120 per day. It depends on the rental company, the scope of the purchased insurance or various additional options, and above all, of course, on the class of the vehicle itself. Examples of prices below:

And of course, you have to add fuel costs, which fortunately is quite cheap in the US (although prices can vary greatly between states and even gas stations). It will be safe to assume that refueling a “full size” car costs about $9 for every 100 km driven by it. A smaller car will burn less, but an SUV or pickup will of course be more expensive.

Depending on what you want to see and what routes to follow, renting a vehicle may incur additional charges e.g., for parking, crossing a bridge (like to Manhattan or San Francisco), highway, or only one lane – dedicated to those who want to avoid traffic jams (this solution was introduced, for example, in Los Angeles).

Instead of taxis, choose much cheaper transport services through applications such as Uber or Lyft – or, for example, the metro. A single ticket in New York costs $3, and a weekly ticket is $32. When renting a car, to reduce costs, you can opt-out of AC and GPS, replacing navigation with maps loaded on the phone. Remember that out of season it will be a bit cheaper overall. Also, consider booking your car in advance – even in Poland, online – so you can get a discount of up to several hundred dollars when renting a full-size vehicle for a month.

As for fuel, be sure to avoid refueling in national parks, where prices can be downright shockingly high compared to stations a little further away. It is also worth getting a special application, which, next to the location of the station in the immediate vicinity, will show you the prices applicable to it.

A sure way to cut down on both fuel and car rental costs is to break them down among more people on the road.

This way you can also save on accommodation. Unfortunately, this only works if, instead of two people, you go to the States in four and sleep in a four-person room (or apartment, see below). With six you can rent a larger car cheaper, but apartments and rooms for six people in hotels are a rarity. However, eight people can travel comfortably, e.g., in a large van, and sleep cheaper in two four-bedrooms.

As in the case of a car accommodation prices in the USA depend primarily on the selected standard :

You can search for free campsites with applications such as FreeCampsites, iOverlander, or WikiCamps USA. If you want to sleep in a bed, and the prices of accommodation near popular attractions turn out to be two or three times higher – perhaps it will be more profitable to rent a room even an hour away and drive to the place by car. Don’t forget that, like airline tickets and car rentals, accommodation is also, of course, cheaper in the off-season.

Food is another budget item whose value – an average of $20-40 a day – depends on your initial assumptions and where you will be dining:

Note: a few percent of the tax is added to both the store prices and the bill for food in the restaurant (how much exactly, it depends on the state), and in the latter case also a tip in the amount of 15-20% of the contract value.

Cutting costs when you eat is not difficult. If you do not want to prepare your own meals, you can, for example, eat hearty breakfasts in hotels (usually included in the price), and when going to restaurants, use Groupon solutions. Also, remember that portions in the US are usually huge – so you can share them with your travel companions and thus save money. 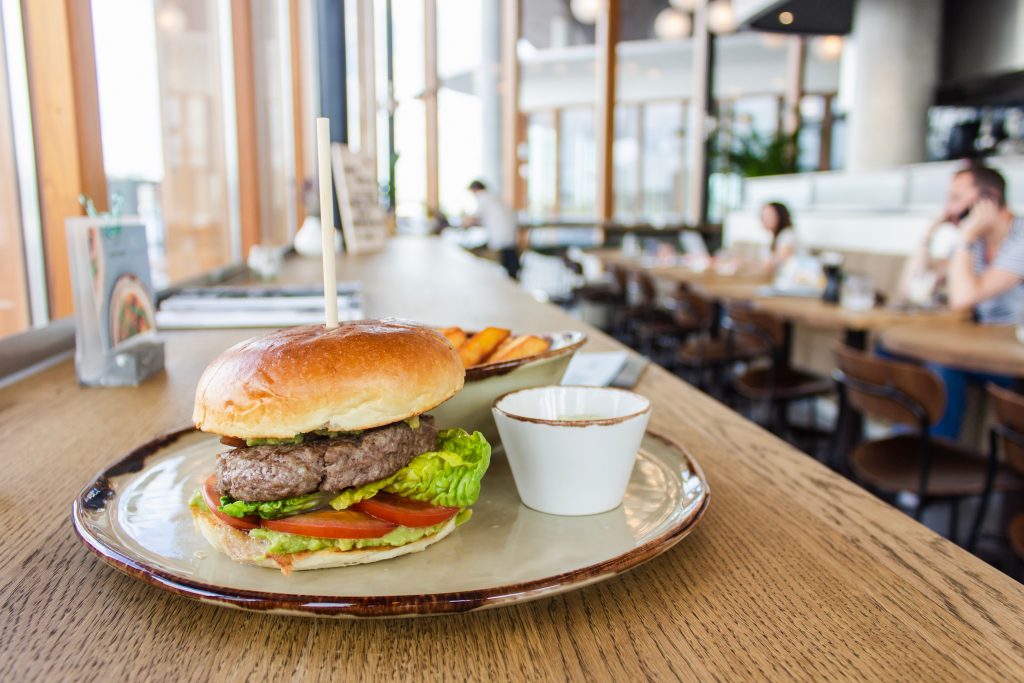 The expenses in this category are even less compulsory than insurance. But once you’re on the other side of the world, it might be worth spending some money seeing something you won’t find anywhere else. Sample prices for admission tickets to various facilities are :

If you want to save on attractions, it is worth looking for Groupon solutions, as well as the possibility of purchasing a pass. For example, if you want to visit more national parks when entering the first one ask for the so-called Annual Pass. This costs $80 and allows you to drive a car with four adults on board for a year (admission is free under the age of 16) to virtually all national parks, and even some state parks. What’s more, the card can change hands for one year of its validity, so it can even be resold when it is no longer needed.

For fans of city entertainment, there are CityPass cards. For example, in New York, such a card costs $ 132, but the price includes admission, among others to the Empire State Building, Natural History Museum, Metropolitan Museum of Art, Top of the Rock or Guggenheim Museum (optional), 9/11 Memorial or Intrepid Sea, Air & Space Museum (optional), and a ferry ticket to the Statue Liberty and Ellis Island. If you pay for each of these attractions separately, you will incur a much higher cost.

If you give up paid attractions at all, you will only hitchhike, eat food from supermarkets and sleep in a tent in free parking lots, a three-week stay in the States can cost you as little as PLN 1000, excluding the cost of a visa and plane tickets. However, if you don’t want to deny yourself too much, see a lot, and at the same time don’t overdo it, think about ten times as much.

By shortening the time of departure, you will reduce the costs of accommodation, food, insurance, and transport on the spot. Of course, a weekend trip to the USA makes no sense, but if you want to go there despite your limited budget, take the time to carefully plan a trip that lasts even 10 days. Make a list of the places and things you care about the most, and pre-add your expenses so you can keep track of them later. It can also be a pretty good idea for longer trips too.