Organizing a trip to the USA on your own is not as difficult as it might seem. Usually, it also pays off more than a trip with a travel agency.

Do you dream of going to the States, but you think it will be a very expensive and difficult trip? Contrary to appearances, it does not have to be like that. It is enough to start planning it well in advance, bearing in mind a few key issues. In the article below, we suggest what must be taken into account when preparing for a trip to the USA. 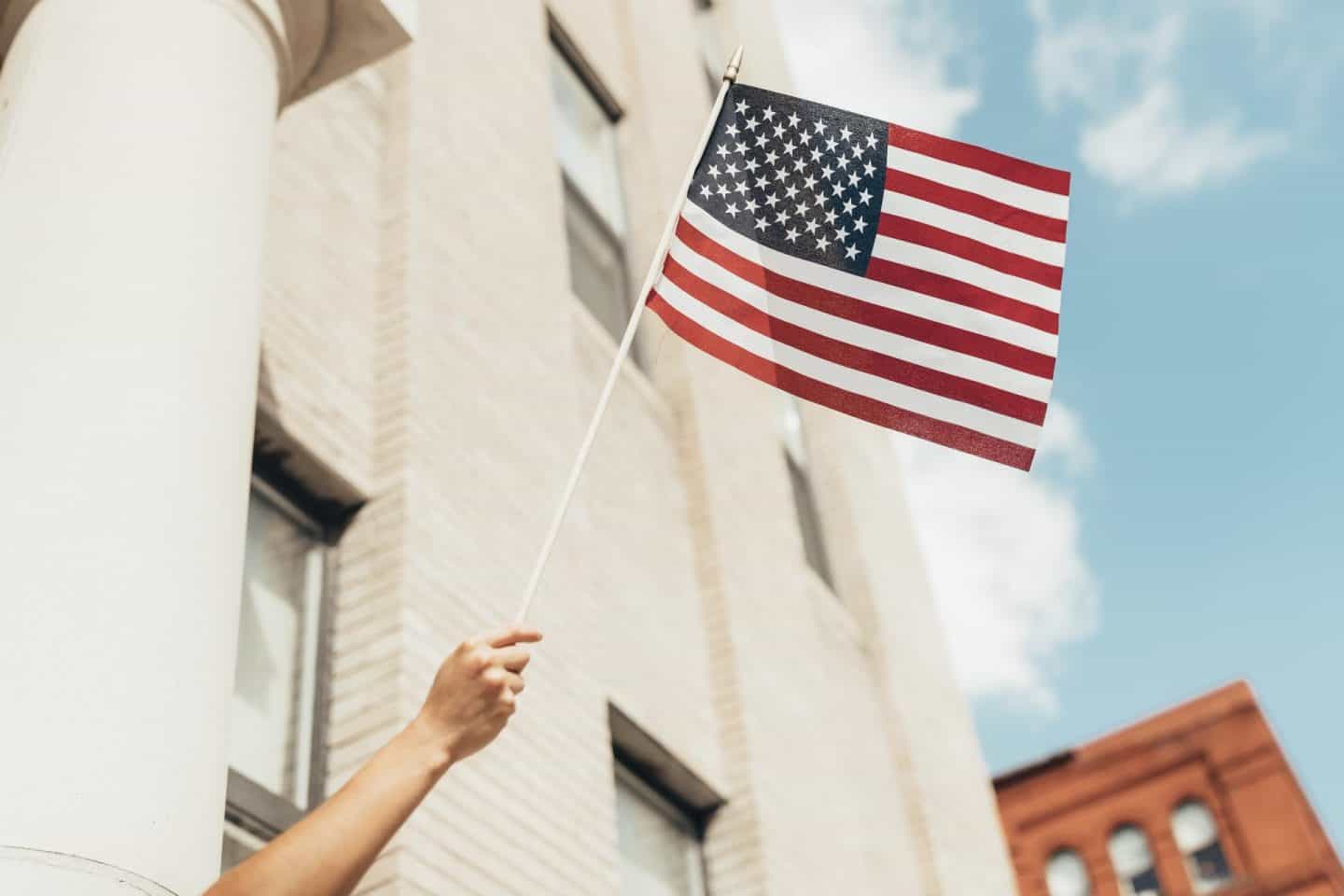 From the text you will learn, among others:

Of course, there is always the possibility of using the offer of ready-made tours organized by a travel agency. However, it may turn out to be a much more expensive option than going on your own. And even if the cost is comparable, you will see much less America, which you associate even with TV series and movies. Travel agencies focus on the most famous (and therefore the most crowded) attractions, such as the Goldengate Bridge, Hollywood, the Statue of Liberty, the White House, or Niagara Falls. If you want to visit more places that are more interesting or beautiful, better organize your trip to the USA on your own. It’s not that hard!

Start with a visa

The first step is to get a visa, which you stick to your passport (so if you don’t have one, the first step will naturally be to get your passport issued). You can apply for a visa at the American embassy or consulate. Details of the entire procedure are described in detail in the text “Visa to the USA – step by step”.

Plan what you want to see/visit/do in the States

While waiting for an interview with the consul and the issuance of a visa in general (see “How long does it take to obtain a visa to the US”), create a list of things that you definitely want to do, visit or see when you go to the USA. Then with the map in hand, group the listed points by region. The United States is a powerful country. You need at least half a year to visit more or less the whole area, and the vacation is usually only a few weeks

So if you want to see Niagara Falls, the Statue of Liberty, Mount Rushmore, and Las Vegas in just a few days, expect most of your trip to be spent walking the distance between them. So it is better to decide only on attractions such as the East Coast (the first two from the above list) and plan the rest of the sightseeing and entertainment based on guides and opinions found on the Internet. Leave the remaining “must-see” on the list for your next trip.

It is also worth considering exactly how much time you can spend on the trip. If it’s more than two weeks than a month, it is worth visiting the mentioned East Coast and its cities. The West Coast is considered by many to be more interesting and beautiful, for example, due to the numerous national parks. Moving between them, however, is time-consuming, so it is worthwhile to reserve at least 3-4 weeks for this option. 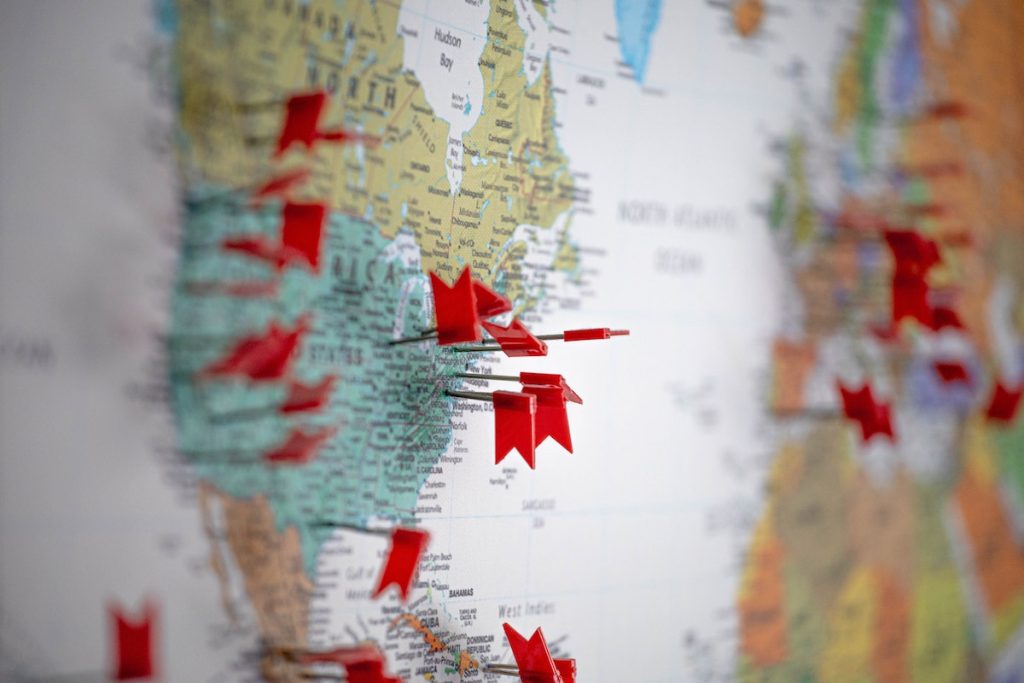 Knowing which area of ​​the United States you are interested in, you can start searching for flights to a city in that area. It makes no sense to fly to Chicago when you only want to visit Silicon Valley. Better to find a flight to Los Angeles, San Francisco, or even Las Vegas. Remember that does not have to be a direct flight. You can save a lot of money by flying from any of the western European cities that you can get to with cheap airlines from Poland.

When making a reservation, consider not only prices but also the season. “Sunny California” is not that sunny in July, which month can be rainy, foggy, and windy there. The period from June to October is the time of hurricanes on the other side of the continent. So it is better to avoid trips to, for example, Florida.

It is also worth taking into account the dates of the American school holidays when the number of tourists – and prices – are definitely increasing in national parks and the vicinity of the biggest attractions. The bright months just off-season, i.e., May, June, September, and October, seem to be a good choice.

Once you know the dates of your flight to and from the USA, as well as your initial trip plan, it’s time to book your accommodation. It should be done even three months in advance, because later the occupancy rate may be too high. There are basically three options to choose from:

Sometimes it is worth spending the night somewhere away from the attraction you are interested in. Right next to it, prices can be even half as high. Usually, the “safe” distance is 20-30 minutes by car. However, there are also attractions, such as the famous Yosemite Park, where cheaper accommodation is only 1.5 hours away.

Plan your way around the States

The above solution comes into play, of course, especially if you have a car. The most popular option is to rent it – it is enough to have a driving license (Polish or international), credit card and must be at least 25 years old (rarely less). Bringing a car from Poland pays off only when you stay in the USA for at least 2-3 months – and it lasts about a month, so you should plan it well in advance. However, it is also worth booking a rented car in advance. As a result, the cost of renting it (depending of course mainly on the vehicle class) will be slightly lower.

Roads in the States are of very good quality, and there are many points with food, bathrooms (including showers), and even the possibility of accommodation. Fuel prices are also much lower than in Poland, and you can go practically everywhere by car.

The car is the most frequently chosen means of transport, but also because public transport is not the strongest point in the USA. It is worth using it only if you want to visit main cities – there are buses or subways (supplemented by taxis and Uber), and between them, you can travel by plane (more expensive option), trains or local equivalents, for example, PolskieBus. In this case, it is also worth booking tickets in advance. 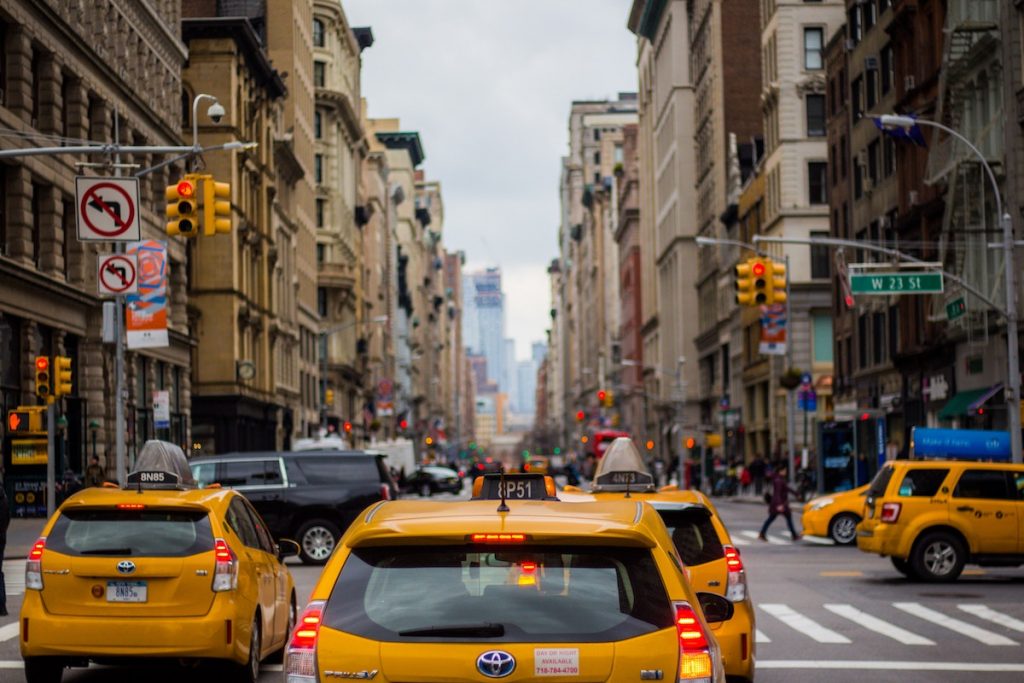 Nobody will force you to take out an insurance policy, of course, but know that treatment in the USA is one of the most expensive in the world. A single visit to the doctor can cost several hundred dollars, and if you have a more serious accident, the hospital bill can be up to several thousand. In comparison, the amount of insurance does not seem too high, and it does not put such a heavy burden on the budget of the entire trip (see “How much does a trip to the USA cost”). There are many offers from insurance companies and finding the one perfectly suited to you should not be a big problem.

The problem may be to find an exchange office in the US where you can exchange zlotys for dollars. If you don’t have a multi-currency card, it’s a good idea to have some American cash before you leave. Not much – because of the cards issued by Polish banks in the US work in most places. A problem may arise, for example, at fuel dispensers at gas stations, but the withdrawal of money from the ATM located next to it should already be successful. So you can easily pay for most things with your card. Exceptions are highway tolls and… coin-operated machines, including washing machines for the general public (see “What you should know before going to the USA”).

When it comes to shopping, it’s a good idea to get an adapter for electrical appliances. At the airport, it will cost much more than Allegro, for example, and sooner or later it will definitely come in handy. Also, practically everything – including clothes, cosmetics, and camping equipment – can be bought in the States, e.g. at the popular Walmart. Many people who often travel to the States believe that it makes no sense to take these things from Poland, because thanks to this, they have a place in their luggage to bring items specially bought in the USA.

Some things should be done on the spot

What you definitely can’t buy in Poland yet is a prepaid phone card, preferably with a good internet package. Unless you prefer to only use Wi-Fi, which is available almost everywhere for free even in ubiquitous fast food and places like Starbucks. Because in the middle of nowhere, you won’t experience wireless internet. But there will also be no cellular coverage there …

In the USA you will also get tickets to various attractions. Theoretically, you can order them in advance via the Internet with delivery to Poland, but the cost of courier delivery makes it not a particularly profitable (or popular) solution. However, it is worth using it on-site, to enter much cheaper, for example, city museums or national parks, and take advantage of various discounts, e.g., on transport or accommodation. Before leaving, it is worth doing some research into the possibilities offered in this way, depending on where you are going.